I love to research. That’s a good thing, considering I’m a historian. One document leads to another, and sometimes I find myself buried in all kinds of details that may or may not be important to my story. But I have to have all of the information before I can decide.

While researching Angels of the Underground, I ran across many fascinating people who interacted in various ways with the four women in the book. Some of them appear in the book as supporting characters. I had to restrain myself from expanding on their stories, because I had to stay focused on four women. On this blog, however, I can highlight some of these people, and give them the spotlight. 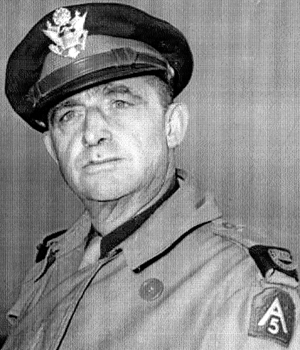 This has been identified as a photo of Painton. There aren’t many of them.

He was always interested in journalism, and when the U.S. entered the First World War, he served in France with the new air service before taking an assignment with Stars and Stripes. After that war ended, Painton worked for some New York newspapers before he started writing fiction, much of it for pulp magazines that ran stories about spies.

The next world war started, and Painton became a war correspondent for Reader’s Digest, traveling with U.S. troops from North Africa to Italy and up through France. As the war in Europe wound down, he moved over to the Pacific theater. He was in Manila in early 1945, writing about B-29 crews, when he met an American woman who was recuperating in a hospital ward in the recently liberated civilian internment camp at Santo Tomas University. Her name was Claire Phillips, and she told Painton such an astonishing story that he had to help her get it published.