Born in England in 1846, Clara Bewick immigrated to the United States as a child; her family settled in Wisconsin. She originally planned on teaching school, but when she was nineteen she enrolled at the University of Wisconsin, graduating Phi Beta Kappa in 1869. She taught history and Latin there while taking graduate classes, but resigned over a pay equity issue. 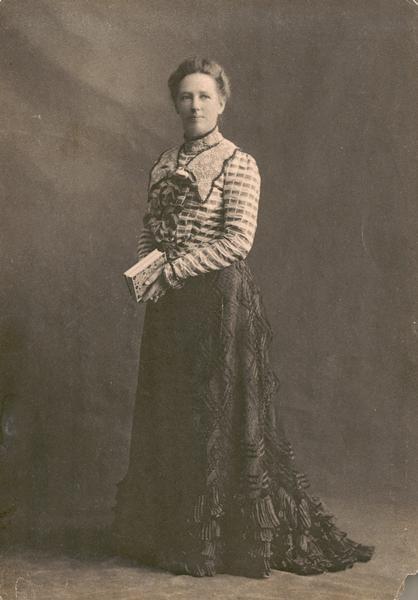 After marrying Leonard Wright Colby in 1871, the couple moved to Beatrice, Nebraska. During the 1870s, the state of Nebraska was debating giving women the right to vote. As the editor of the woman’s column in the Beatrice newspaper, Colby followed this issue closely. In 1878 she invited the famous women’s rights activist, Elizabeth Cady Stanton, to Nebraska to speak on behalf of woman suffrage. Colby threw herself into the cause as well. She helped organize the Women’s State Suffrage Association in Nebraska in 1881 and served as president from 1885-1898. Colby started publishing a national suffrage newspaper, Woman’s Tribune, in 1883. After the collapse of her marriage, Colby moved to Oregon in 1904, where she continued to work for the suffrage cause. She died in 1916, four years before the passage of the Nineteenth Amendment.