I write nonfiction history, real life tales of extra/ordinary women. This means I do a lot of research, not only in rich and compelling primary sources but also in a wide swath of secondaries. My leisure reading, then, is all about fiction.

I read over 50 novels in 2016, most of which were historical fiction. My next few posts will be devoted to the best books I read this year (though they weren’t necessarily published in 2016).

I’m not limiting myself to 10 books. While that’s a neat number, it’s arbitrary. In 2016, for example, I ranked 4 novels as 5-star reads, but I liked an additional 13 very much.

The first of the 5-star novels is:

Tripp did a marvelous job of imagining the life and career of painter Georgia O’Keeffe. I didn’t know much about O’Keeffe, but I do know quite a lot about women’s lives in the 20th century. Tripp deftly handled the historical context while providing a complex, compelling portrait of a talented and driven woman. The novel is every bit as gorgeous as O’Keeffe’s paintings.

Another work of historical fiction about a female artist that I liked a lot is: 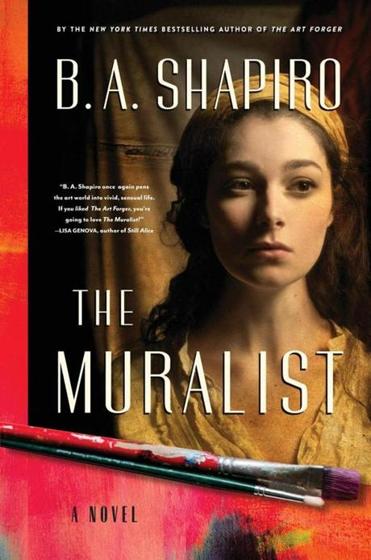 Shapiro’s main character is a fictional female artist hired by one of the New Deal programs in the 1930s. Increasingly radicalized by the politics of the times, Alizée makes a fateful decision to try to help the European Jews being crushed by Hitler’s anti-Semitic policies. Some of the real-life historical figures who appeared in the book didn’t always quite ring true for me, but the character of Alizée is fascinating.

Up next: another pairing of a 5-star novel with one that came pretty close.