Gladys Slaughter Savary, an American woman living in Manila, the capital city of the Philippine Islands, had not even been to bed when Pearl Harbor was bombed. That Sunday night (Manila is on the other side of the International Dateline), she invited some friends to her Restaurant de Paris for dinner, a celebration of the promotion of a British naval officer she knew. After their meal, they headed over to the Jai Alai Club to watch a match–a “great weakness” of Gladys’s. Then they stopped at a nightclub before moving on to the Manila Hotel for drinks on the pavilion. Gladys and her friends concluded their evening at an all-night gambling den where they played roulette until dawn. When they finally dropped her at home, the newly-promoted British admiral said, “Kids, that’s the last fun we’ll have together for a long, long time.”

It was too late–or too early–for Gladys to go to sleep. As it was, she would have just enough time to shower, change, and eat a bit of breakfast before venturing out to the market to purchase the day’s food for the restaurant. When her servant Nick brought her morning coffee and the newspaper, he said, “Honolulu’s bombed. What’ll we do now?”

Gladys’s first response was as a businesswoman. The restaurant would be busy, she predicted, because people were always hungry. She told Nick they would do their shopping as usual. “War or no war, we have to eat,” Gladys wrote in her diary. “I bought everything in large quantities. Nobody can know what’ll happen.”

During the ensuing days, as bombs fell on Manila and utilities stuttered on and off, Gladys worried about how long she would be able to keep the Restaurant de Paris going. It also did not take her long to realize that other people needed help, and the restaurant came in handy for meeting some of those needs. Gladys fed the American and Filipino soldiers who patrolled her neighborhood. “I haven’t time to do canteen work or roll bandages,” she jotted in her diary on December 16th, “so I have a private canteen for the lads. When they go on duty they get coffee and pastry here, and when they finish duty I hand them out something a bit stronger. Both seem to be appreciated, bless them.” 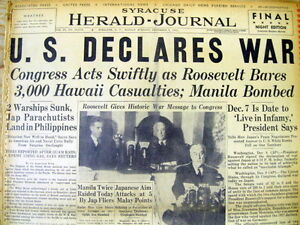 The United States was at war with Japan. Gladys Savary and thousands of other Americans were trapped in the Philippines. It was true, no one could know what would happen. For more than three years, Gladys struggled to survive in enemy-occupied territory, risking her own safety and freedom to subvert the Japanese and help those in need.

The rest of her story can be found in Angels of the Underground: The American Women who Resisted the Japanese in the Philippines in World War II.