A week ago I was enjoying my final hours of a once-in-a-lifetime vacation in Hawaii. I spent a week on Kauai, known as the Garden Island for its abundant natural beauty, with my husband, my siblings, and their spouses. I’d read up on places like Waimea Canyon (which is breathtaking), but didn’t know anything about the feral chickens until I arrived on the island. This hen flew up on our lanai to escape the attentions of a persistent rooster. 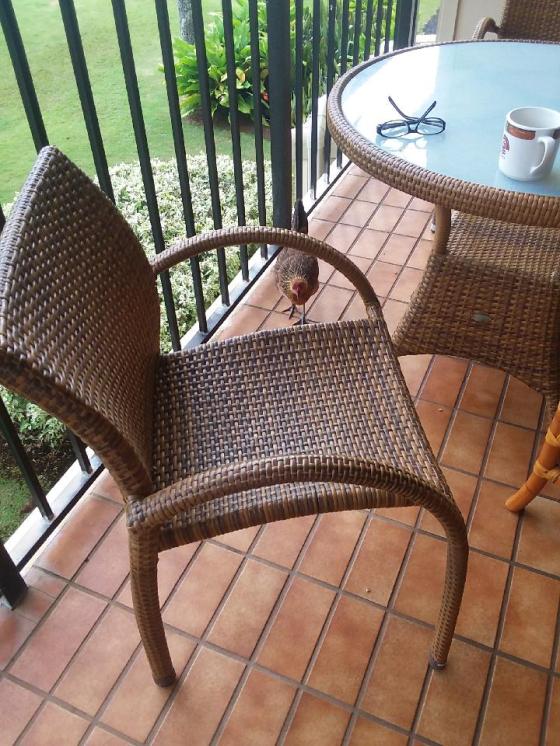 Instead of flying straight home, we opted to spend a day on Oahu so we could visit the Pearl Harbor sites. We only had about five hours, so we couldn’t see everything. We started at the USS Missouri. 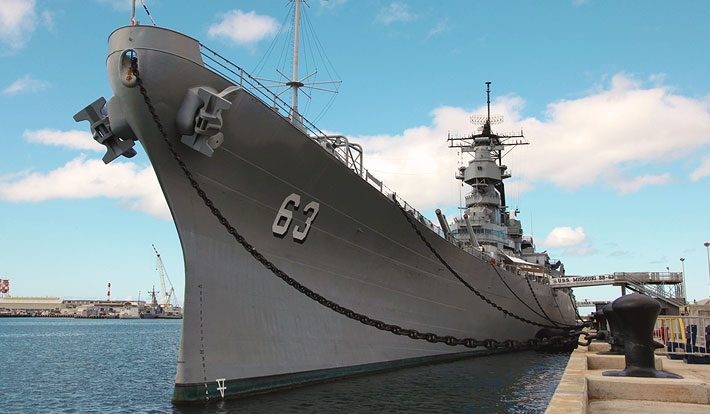 We had a very knowledgeable tour guide who told us a lot about the battleship and its role in World War II. There was just enough time to get immersed in that history before taking the shuttle back to the Pearl Harbor Memorial for our abbreviated tour of the USS Arizona Memorial.

Abbreviated because now it consists of an introductory film followed by a boat ride that takes visitors around the memorial. The building is closed for repairs. We knew that before we arrived; still, it was a disappointment that detracts from the power of the memorial.

The USS Arizona was bombed and sunk by Japanese planes on the morning of December 7, 1941. Over eleven hundred crew members died. The memorial sits on top of its wreckage, with some nine hundred bodies that couldn’t be recovered.

What I’ve been thinking about the most since that visit is Army Air Corps First Lieutenant Kermit Tyler. He was on temporary duty at the radar station at Fort Shafter on the morning of December 7, 1941. A fighter pilot, Tyler had only brief instructions on radar operations as an observer-trainee before taking his seat in that station on that fateful morning. Tyler received a communication from another radio operator at the northern end of Oahu at the Opana Radar Station. There were some fast approaching aircraft lighting up his screen.

“Don’t worry about it,” Tyler responded. He knew a batch of B-17 bombers were due in from the the mainland. The message didn’t include a crucial piece of information: the sheer number of planes causing all those radar blips.

The rest, as we know, is history. The Japanese bombed Pearl Harbor that morning, drawing the United States into World War II. Numerous inquiries exonerated Tyler of any wrongdoing on December 7. He went on to fly combat missions in the Pacific theater during the war, retiring as a lieutenant colonel in 1961.

Perhaps it’s only human to want to be able to trace the blame for a catastrophic event back to one person. But lots of mistakes were made leading up to December 7. Kermit Tyler wasn’t responsible for Pearl Harbor, but for the rest of his life he had to live with those words he uttered that morning.

The Turtle Bay Resort on Oahu has an exhibit panel about the events of that morning. It includes a sidebar on Tyler’s role that poses the pertinent question: “His assessment was based on deductive reasoning with limited information and two days’ experience. Would you have acted differently?” 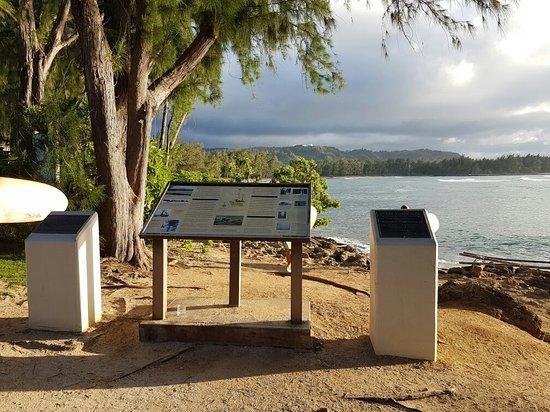 It is important to know what Kermit Tyler did on the morning of December 7, 1941 not so we can point fingers and assess blame, but to understand how incredibly complex history is.

For various views on why Pearl Harbor happened, read: