July 4, 1865 was a bittersweet holiday for many Americans. The long Civil War that tore the country apart had ended about two months earlier. The Union survived, slavery ended. But President Abraham Lincoln, who helped secure those two ends, was dead from an assassin’s bullet.

Mary Walker, a 32-year-old physician, was at loose ends. With the war over, her last appointment as a contract surgeon with the U.S. army, at the Refugee Home in Clarksville, Tennessee, had drawn to a close. She received orders to return to Washington, D.C., where her employment was terminated on June 15. Walker decided to travel for awhile, and she made Richmond, Virginia–until recently the capital of the Confederacy–her first stop. 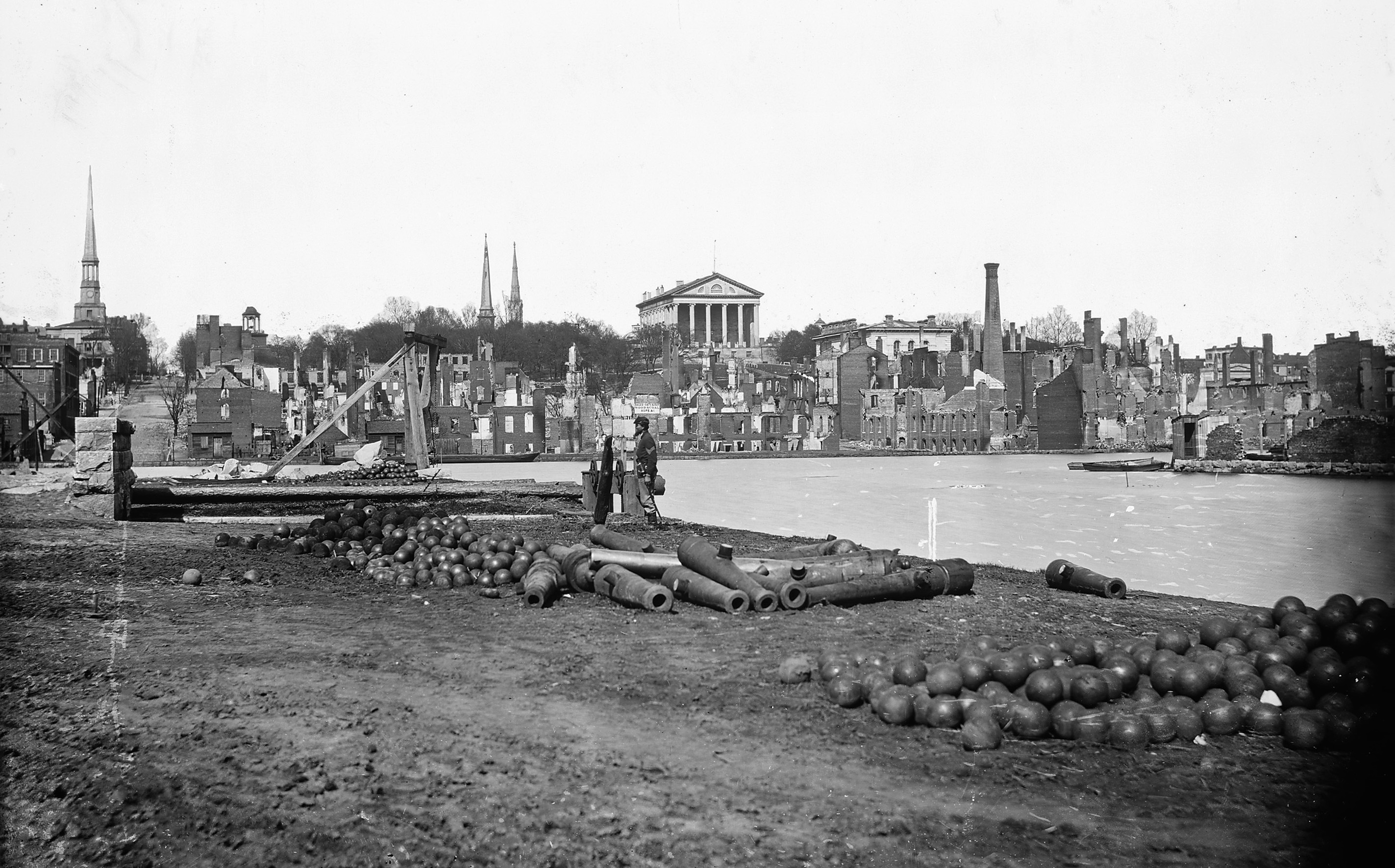 The woman doctor was well known in Richmond. In 1864, she had been a prisoner of war in Castle Thunder, and now she walked its halls as a free woman. The Richmond Bulletin reported Mary Walker’s presence on the city streets, beginning with a description of her outfit: “a blue coat with military buttons, and a very long skirt, a pair of nicely-fitting blue pants…and gaiters, which fitted so as to display a pretty foot.” The doctor attracted a lot of attention as she walked along Broad Street past the Powhatan Hotel. A small group of African American children followed her. Men and boys “stopped along the sidewalk to comment upon the novel appearance of a lady in uniform.” A provost guard challenged Dr. Walker’s right to wear that apparel in public. She told him to give the provost marshal her regards, that she would call on him later, and resumed her stroll. 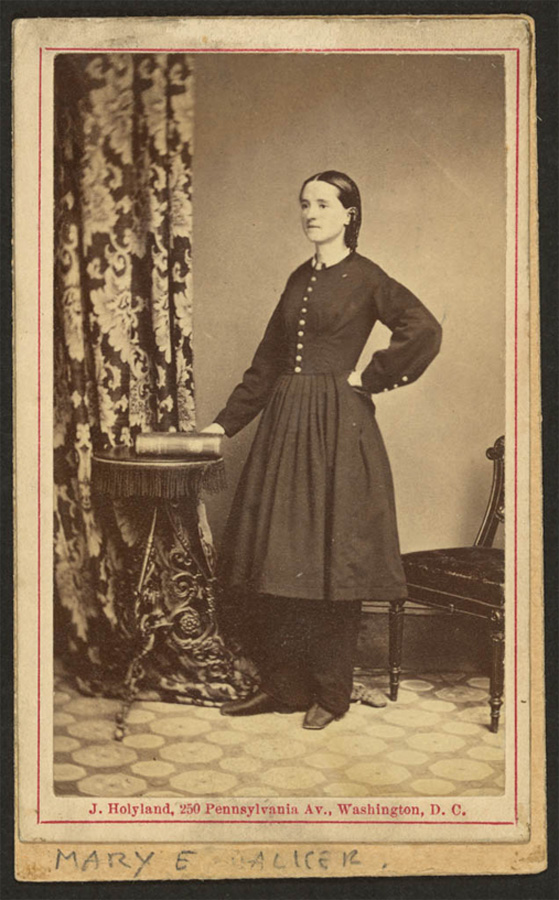 On July 4, Mary Walker participated in Richmond’s Independence Day celebration. The anti-slavery newspaper The Liberator reported on the subdued crowd, “not enthusiastic, except, perhaps, among a portion of the Union soldiers stationed there, and at the pic-nics of the freed people.” The formal program began with a prayer from the Reverend George S. Stockwell of the First African Baptist Church. Dr. Walker, “late surgeon in the army,” dressed in her blue uniform, read the Declaration of Independence from the steps of the state capital building. It was probably the last time she appeared in public in her uniform, though she never stopped wearing her version of reform (“Bloomer”) dress. Mary Walker spent the rest of her life fighting for women’s rights to equal employment, equal education, and equal suffrage.