With one dream dashed, another was about to come true.

Well, that’s a pretty short first sentence! When combined with the chapter title, it’s clear that it didn’t take too long for Frances to become successful enough as a singer that she needed a stage name. The chapter delves into what it took to make that happen.

For her debut performance, Frances sang “Mighty Lak’ a Rose.” Written in 1901 by lyricist Frank Lebby Stanton (who later became Georgia’s first poet laureate) and pianist/composer Ethelbert Nevin, the sentimental piece, utilizing a white interpretation of Southern Black dialect, imagined a Black “mammy” caring for a white baby. The song was a hit during the early twentieth century, performed and recorded several times by different vocalists. Later on in the century, singers dropped the dialect. Here’s Petula Clark’s 1955 version. 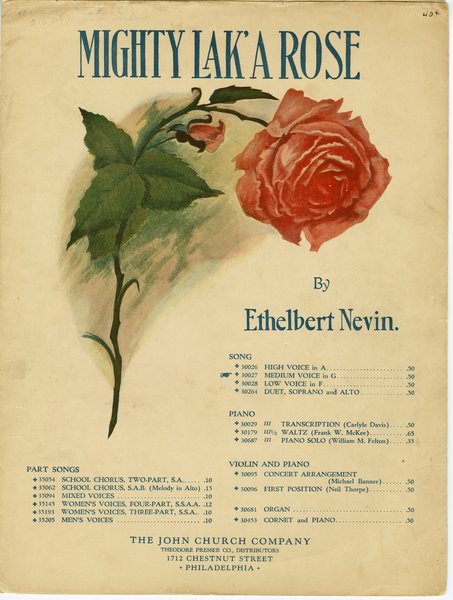 Frances still lived in Memphis when her singing career started. She dedicated the song to someone very special during that first performance, which was carried over the radio airwaves. In the 1920s, radio rapidly developed into the most modern and popular news and entertainment source in the country. More and more Americans bought at least one radio.

(The Brox Sisters, popular Broadway singers, listen to their radio in the mid-1920s, via Wikimedia Commons.)

Frances thought she had it made in Memphis radio. But it was 1929. The stock market crashed not long after her debut, dragging the United States into the Great Depression, and forcing Frances to alter her plans. It would take her a while longer to become Dale Evans.