Motherhood brings a series of rewards and challenges. And that’s under normal circumstances.

There have been times when mothering has been made even more challenging because of uncontrollable external forces. In January 1942, weeks after the United States entered World War II, Japanese troops occupied Manila, the capital city of the Philippine Islands, an American colony.

Within days, they rounded up and interned thousands of Americans living in and around Manila, including women and children. For the most part, the internees fended for themselves. This put an additional strain on the women who had children to mother: separated from their husbands, deprived of servants, forced into communal living arrangements, scrounging for food. Read more about their experiences here: 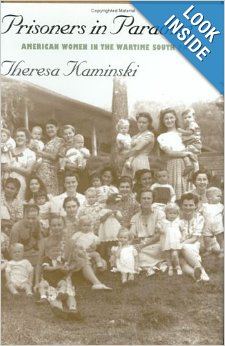