I read twelve books in 2018 that I really liked. Female authors are heavily represented in this list. I know I said in the last post that one male author would make an appearance on this list, but I decided at the last minute to add a few more books, so there are actually two and a half men. The half is because of Charles Todd, who is actually a mother/son writing team.

So here they are, in kind of an eclectic arrangement.

I loved the way Louisa Hall got into the life of J. Robert Oppenheimer.

I know everyone was talking about this book last year. I avoided it for a while because of all the hype, worried that it wouldn’t live up to it. I liked it, especially Saunders’s style.

Two other works of historical fiction I really liked were

A lovely take on the civil rights movement. 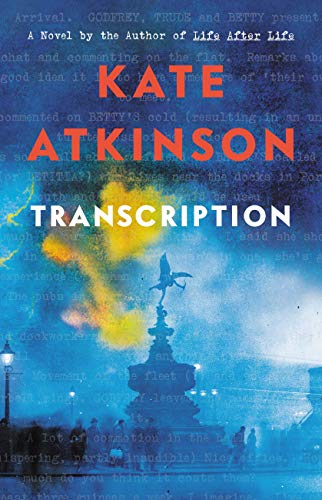 Nice World War II spy drama, though the twist didn’t quite work for me.

My two favorite family stories were

I have to admit I picked up Lee’s book for its brilliant cover, but I stayed for the story.

The rest of my favorites were the latest installments in mystery series that I follow.

Paretsky is still at the top of her game.

The most chilling title of the year.

The Maisie Dobbs series keeps getting better because of Winspear’s excellent work with character development.

I never not want to know what Peter Ash is up to.